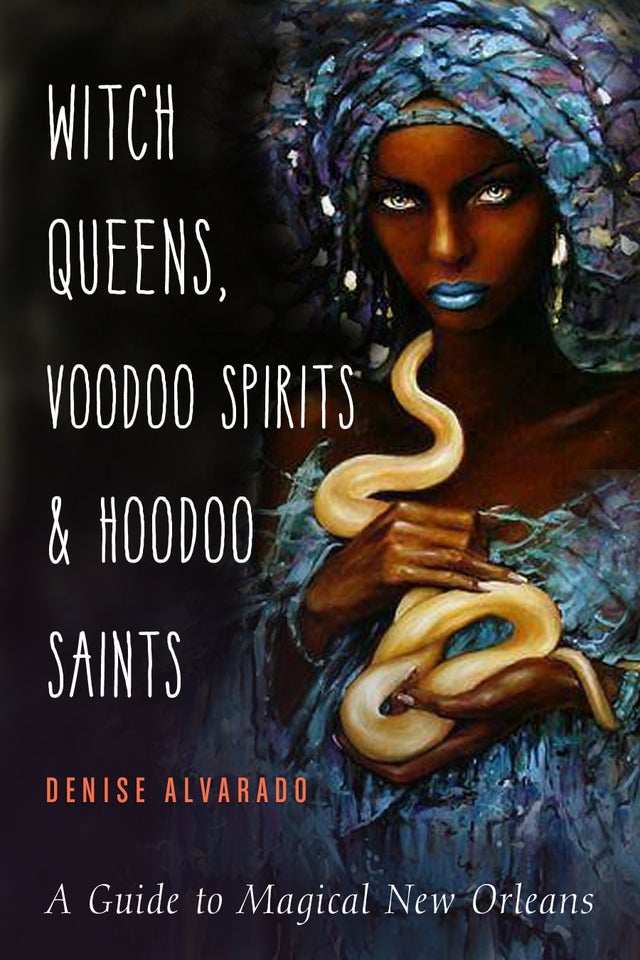 A magical mystery tour of the extraordinary historical characters that have defined the unique spiritual landscape of New Orleans.

New Orleans has long been America’s most magical city, inhabited by a fascinating visible and invisible world, full of mysteries, known for its decadence and haunted by its spirits. If Salem, Massachusetts, is famous for its persecution of witches, New Orleans is celebrated for its embrace of the magical, mystical, and paranormal. New Orleans is acclaimed for its witches, ghosts, and vampires. Because of its unique history, New Orleans is the historical stronghold of traditional African religions and spirituality in the US. No other city worldwide is as associated with Vodou as New Orleans.

In her new book, author and scholar Denise Alvarado takes us on a magical tour of New Orleans. There is a mysterious spiritual underbelly hiding in plain sight in New Orleans, and in this book Alvarado shows us where it is and who the characters are. She tells where they come from and how they persist and manifest today. Witch Queens, Voodoo Spirits, and Hoodoo Saints shines a light on notable spirits and folk saints such as Papa Legba, Annie Christmas, Black Hawk, African-American culture hero Jean St. Malo, St. Expedite, plague saint Roch, and, of course, the mother and father of New Orleans Voudou, Marie Laveau and Doctor John Montenée. Witch Queens, Voodoo Spirits, and Hoodoo Saints serves as a secret history of New Orleans, revealing details even locals may not know.

If you would like your book signed, simply make a request in the comments section upon checkout.