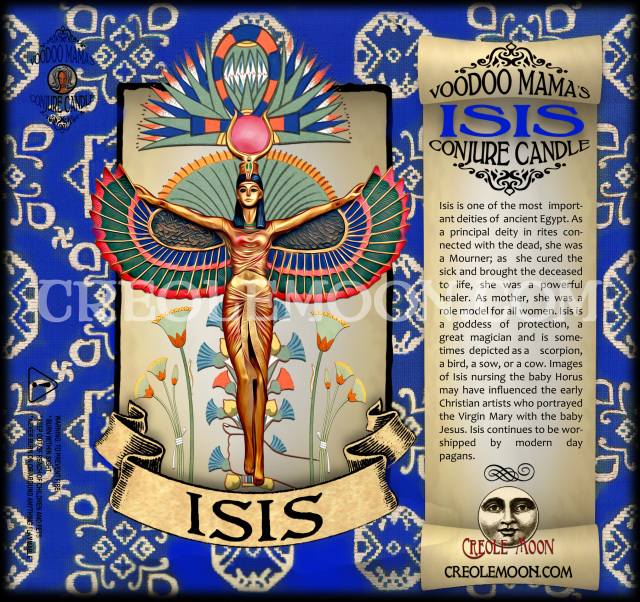 Isis is one of the most important deities of ancient Egypt. As a principal deity in rites connected with the dead, she was a Mourner; as she cured the sick and brought the deceased to life, she was a powerful healer. As mother, she was a role model for all women. Isis is a goddess of protection, a great magician and is sometimes depicted as a scorpion, a bird, a sow, or a cow. Images of Isis nursing the baby Horus may have influenced the early Christian artists who portrayed the Virgin Mary with the baby Jesus. Isis continues to be worshiped by modern day pagans.