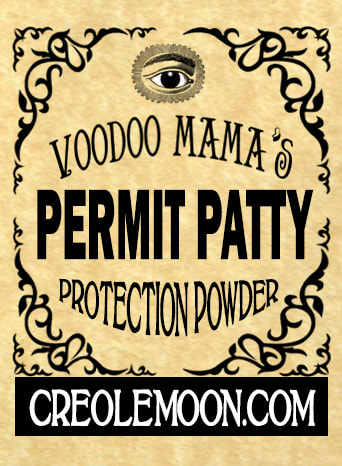 Alison Ettel was caught on camera confronting an 8-year-old girl selling water to passersby near AT&T Park. The video quickly went viral and sparked a wider conversation about black people being censured for seemingly harmless acts. Ettel said she was sorry and that though she did call the police, it had nothing to do with race. The little girl's mother is on record saying she doesn't believe her and Ettel ultimately resigned from her position as CEO of the company where she worked as a result of the backlash.

Permit Patty is yet another on a growing list of people harassing people of color for doing seemingly normal things. She is the inspiration for our new Permit Patty Protection Powder.

Permit Patty Protection Powder is designed to protect you from being unnecessarily harassed for doing normal everyday things just because of other's racial intolerance. When you plan to engage in an activity in public, spread a little Permit Patty Powder around you and carry on with your normal self.

While the name of the product is tongue in cheek and novel, the ingredients are 100% traditional protection ingredients found in Southern folklore formularies.

Permit Patty Powder users may also be interested in our BBQ Becky Dust.