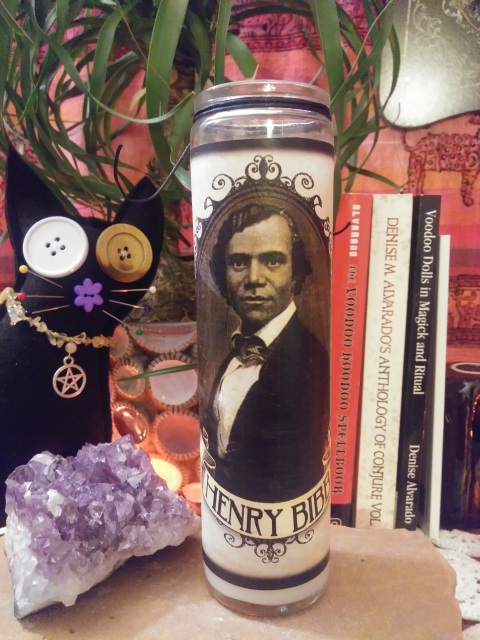 Henry Walter Bibb was born on May 10, 1815 on a plantation in Catalonia, Kentucky to an enslaved woman, Milldred Jackson. Although he never knew his father, he was told his father was a white man named James Bibb, a Kentucky state senator. He grew up a slave and unfortunately witnessed the sale of all six of his younger brothers to other slave owners. During his whole experience as a slave, he was preoccupied with freedom. He ran away several times, always recaptured until he was finally successful in 1837. He returned six months later to help his family escape, but they were captured and sold to a plantation owner in Mississippi. Multiple attempts to free his family were unsuccessful so he gave up and focused on his career as an abolitionist, traveling and lecturing throughout the United States. In 1849, Bibb published his autobiography which is considered one of the best slave narratives of the antebellum years. Therein, he describes using conjure for solutions to various dilemmas as a slave, including finding a way out.