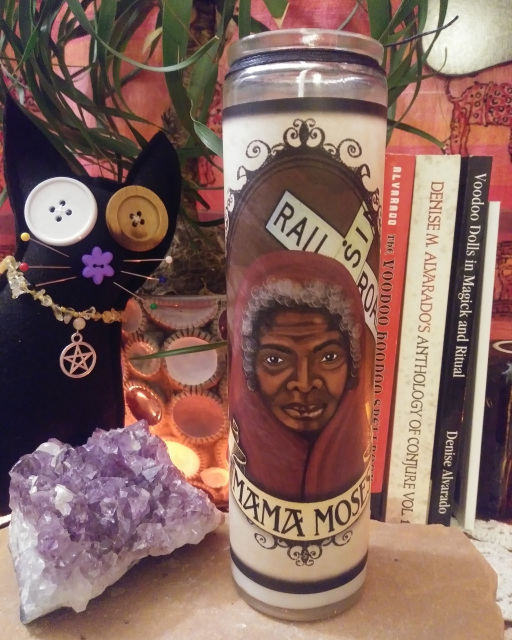 Referred to as the “Moses of her people,” Harriet Tubman aka Mama Moses (1820-1913) found freedom for herself and around 300 other slaves whom she led north via the network of antislavery activists and safe houses known as the Underground Railroad. She was an abolitionist, humanitarian, and Union spy during the American Civil War. She later helped John Brown recruit men for his raid on Harpers Ferry, and in the post-war era struggled for women's suffrage. Through the Underground Railroad, Mama Moses opened the way for many people to bring with them their various African-based spiritual practices, conjure and divination to the north and into Canada. Burn a candle to Mama Moses to honor the spirits of the Underground Railroad, as a memorial, and to petition her for assistance with divination and conjures of protection, freedom, liberation, stealth, strength, endurance and more.