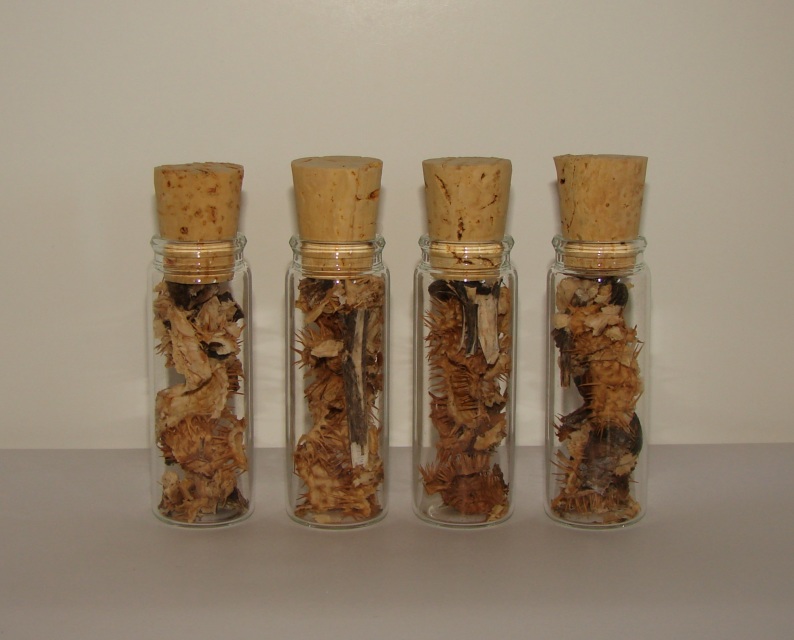 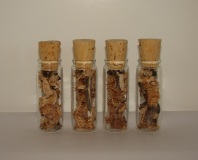 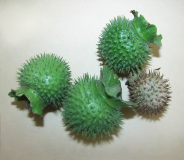 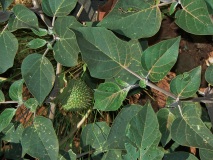 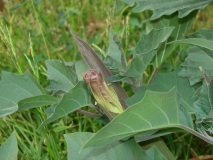 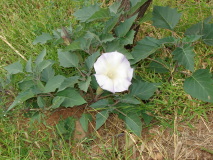 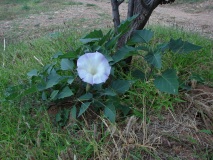 SKU: DPODS1995
$19.95
$19.95
Unavailable
per item
These are the seed pods of the Datura (Toloache) plant that have been dried and crushed and placed in glass vials. There are approximately two pods per corked vial. These are being sold for use in conjure works or Witchcraft or as ethnobotanical specimens only. In conjure, use of Datura is on the symbolic level for works of both hands, such as enhancing psychic visions or driving someone crazy, for protection from enemies and breaking jinxes or to jinx someone. In witchcraft, Datura has a reputation as being a baneful herb due to its unpredictability, it's toxicity and it's physical appearance. Datura is an extremely beautiful and mysterious-looking plant. I have uploaded photos of it in various stages of development for your information and education.

Datura inoxia, known as Toloache in Mexico, was one of the plants of the gods among the Aztecs and other Indians. Daturas form a genus of approximately 20 species of the nightshade family, Solanaceae. They are used as hallucinogens in shamanic rituals for the purpose of seeking visions and communicating with spirits, for example. The drug is usually prepared by dropping pulverized seeds into fermented drinks or by steeping leaves and twigs in water. Use differs widely from tribe to tribe. Datura is also known as Devil's Trumpet, Jimson Weed, Hell's bells, Thornapple, and Moonflower.

Intoxication caused by the drug is characterized initially by effects so violent that physical restraint must be imposed until the partaker passes into a stage of sleep and hallucinations. The medicine man interprets the visions as visitations of the spirits and is then able to diagnose disease, apprehend thieves, and prophesy the future.

Though highly toxic, most species have been used extensively in medicine from early times to the present. Their use in folk medicine derives from their high concentration of alkaloids. Toloache is a climbing annual native to Mexico and the southwestern United States and has a long history of use as a hallucinogen among the Aztecs, who called it toloatzin. Hernández recorded many medical uses but warned that taken in excess it would drive a patient to madness.

The modern Tarahumares still add the roots, seeds, and leaves to their maize beer. Zunis value the plant as a narcotic, an anesthetic, and a poultice for treating wounds. Only the rain priests are permitted to gather it. The priests put the powdered root in their eyes; they also chew the root to commune with spirits of the dead, asking for the Ancestors' intercession for rain.

The Luiseños use an infusion of toloache in an initiation ceremony. The young participants who drink it reportedly dance and scream like animals until they drop and succumb to the drug's effects. Yumans take it to induce dreams, gain occult powers, and predict the future. Yokuts use the drug in a spring ceremony to assure good health and long life to the young. The related Datura discolor and Datura wrightii of the same region have similar uses (https://www.erowid.org).

Datura Inoxia is used in Voudou by bokors as an ingredient - along with toxins from the pufferfish and toads - in zombie and corpse powders. You can read about the malicious use of this herb by the most notorious serial killer in Reunion on my blog: From Corpse Syrup to Reverence: Kneeling at the Crossroads with Sitarane and the Holy Guardian Angel. For this reason and others, it is known as an herb of sorcery and the Dark Arts.

*Note: In case it isn't abundantly clear from the description, this is a poisonous plant. What you are buying is poisonous. Do not ingest, and handle with care as the seed pods are very thorny. Should you decide to disregard this warning and ingest this plant, you can look forward to being hospitalized and your stomach pumped or worse. It will not be fun. The medicine people who use this plant have knowledge comparable and beyond the Western doctor's MD. Do not think because "the Indians do it," that you can, too.