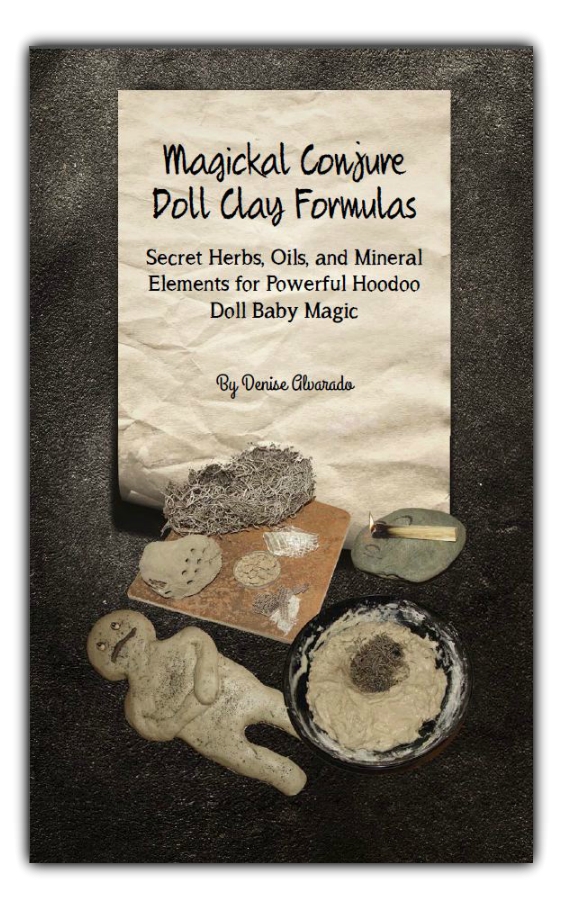 SKU: CDC7
$7.00
$7.00
Unavailable
per item
Creating doll babies out of clay is an old-time conjure tradition firmly rooted in principles of sympathetic and image magick. The primary principles at work are “like affects like”; meaning, whatever you do to an image created in the likeness of a person will affect the person in kind. But there is more to it than just making dolls out of clay; there are specific earth and clay blends that can be mixed to empower and strengthen the dolls you create. For example, if you wanted to make a love doll out of clay, you might think you could either use dirt from a nearby pond or dirt from a rose garden as the basis of your clay. However, using the dirt from a rose garden makes more sense from a magickal perspective since roses represent love and romance. On the other hand, ponds often host stagnant water at worst and standing water at best; thus, the dirt from the pond would not benefit sympathetically the growth of love and romance.

Historically, conjure doll babies were molded out of any number of earthen materials. In New Orleans, a traditional type of Voodoo doll involved constructing the head out of the clay from crawfish holes. A hollow space was created in the doll’s head, inside were placed personal effects of the targeted individual along with special herbs, seals and talismans, and then the hole was sealed shut. Once the clay dried, the head was painted with facial features and the doll dressed with a piece of the target’s clothing to further link the doll to the target. In the Ozarks, witch women made conjure dolls from beeswax and earth, baptized the doll in the name of the target, and then drove nails into the doll’s body to hurt corresponding parts of the enemy’s body.
The conjure clay formulas in this book will make sense to those who are familiar with the Doctrine of Signatures, a system of thought developed by alchemist and physician Paracelsus. The doctrine is based on the belief that every natural thing that is created by the Divine is signed as if it is a work of art. The signature is identified by the physical appearance of the natural object (i.e. form, shape and color), which informs us of the properties it possesses.

This ebook is another of the original and unique documents subscribers receive as members of Creole Moon's Conjure Club. Available to the general public for the first time. Full color, illustrated, 39 pages.