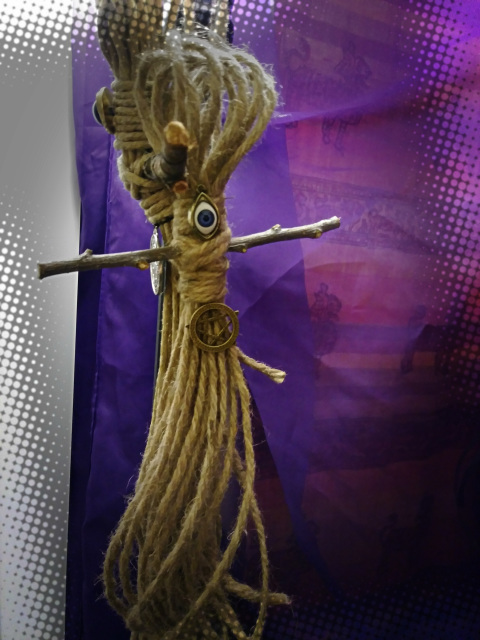 Rope dolls are an old-style Voodoo doll that were once plentiful in New Orleans. Certainly, many tourists purchased them along with other Voodoo-themed charms from French Quarter shops on visits there. For a time, the funky paraphernalia would function as conversation pieces among family and friends once they arrived home. Oh the stories these dolls could tell if only they could speak! Alas, they were usually reduced to a simple, yet somewhat creepy, reminder of the good times had in the Crescent City. Once the novelty wore off, they were tucked away in a closet and forgotten about, only to be taken out and used as a scapegoat for any misfortune that may have befallen the owner weeks or even years later. Then, they would be thrown away, burned, or end up being sold for a few bucks on EBay.

I am happy to offer these unique Voodoo Rope Dolls right here at Creole Moon. They are constructed in the traditional manner out of rope and have a pentagram medal and Evil Eye attached to them for added protection. This type of doll functions as an overseer of the home or space and ward off evil and negative energy when placed near the front door. A truly one of a kind doll that will make you the envy of everyone who sets eyes on it!