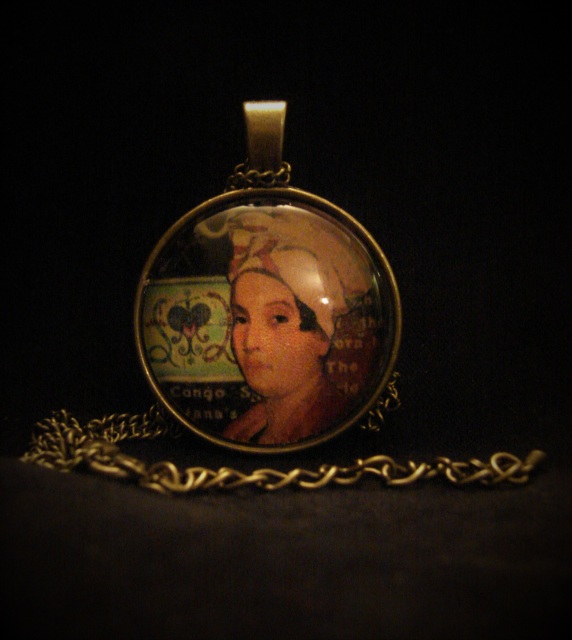 The Magic of Marie Laveau captured in a necklace. More than anyone else, Marie Laveau put New Orleans Voodoo on the map with her powerful magic and infamous ceremonies held in what are now Congo Square, Bayou St. John, and Lake Pontchartrain. Oral tradition suggests that the occult part of her magic mixed Roman Catholic beliefs and saints with African spirits and religious concepts. She is celebrated every year on Saint John’s Eve (June 23rd), the foremost Voodoo holiday in New Orleans. Saint John’s day corresponds with the summer solstice. This same celebration has taken place for almost three hundred years; many of those years in Congo Square.

Marie Laveau can be petitioned for any purpose: blessings, uncrossing, court cases, fidelity, or revenge.

This beautiful Marie Laveaux pendant is worn by devotees to show their love for the beloved Queen of New Orleans Voodoo.