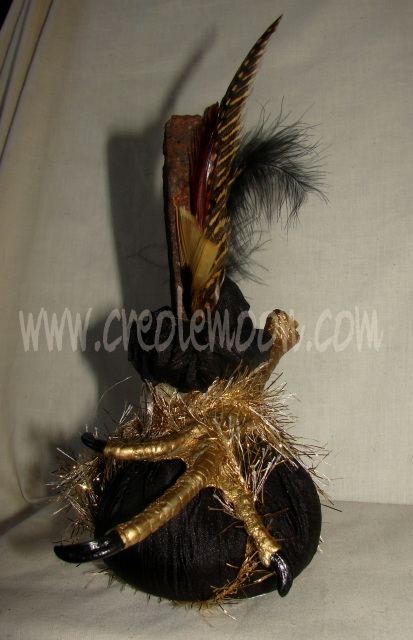 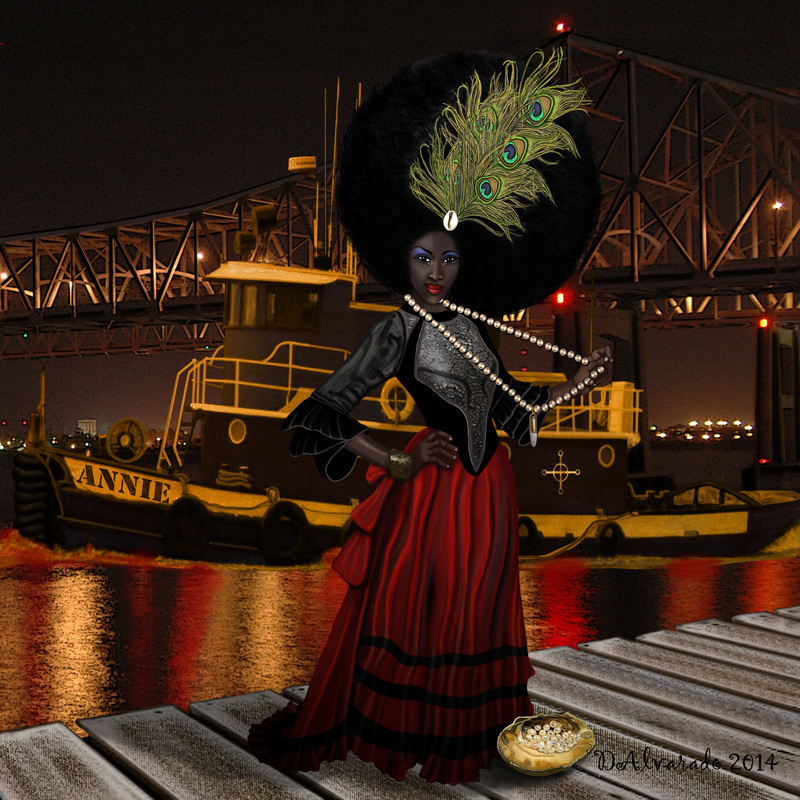 Annie Christmas, Daughter of the Mississippi, Defender of Victims of Bullies
Made exclusively at Creole Moon, Annie Christmas  Protection Wanga Fetishes are filled with strong protective herbs, seeds and other magical curios and anointed with aromatic essential oils with empowering protection and defensive properties. The Annie Christmas Protection Wanga Fetish is created around a railroad tie, often used in conjure for protection from enemies and evil influences. Railroad ties are made from iron - which is unbreakable and unbendable, capable of being rolled over time and again by a train without negative effects - and iron is associated with Annie Christmas, representing her ability to nail down enemies and keep them down. The paket is wrapped with twine and secured with a Buffalo nickel, known for its ability to plow down enemies, and a chicken foot, used in conjure to scratch up crossed conditions, cleanse away evil and negative energies and kick hexes back to their senders. Chicken feet have been used as good luck ju ju in New Orleans Voudou for years, as well. The powerful Annie Christmas Voudou Protection Wanga Fetish is one of a kind and only found here on Creole Moon, your source for authentic New Orleans Voudou and Southern Conjure information and spiritual supplies.

This New Orleans Voodoo Protection Wanga Fetish is made on the point of  Annie Christmas to eliminate bullies and haters and to increase and enhance protection, defense, steadfastness, strength and productivity in your life. It combines the magickal powers of colors, herbs, stones, essential oils, and other magickal items such as a buffalo nickel for plowing over enemies and a chicken foot.  It has a fabulous aroma, sporting one of my very own signature conjure oil formulas.

Annie Christmas is the epitome of woman power, often referred to as a female Ogun because of her traits. Though she is not an Ogun, she is another of the unique Spirits of New Orleans Voodoo with roots in the folklore of the city.

One of the original characters in African American folklore, Annie Christmas is said to have been a woman who worked the docks doing many activities typically saved for men during her time. Defying convention of both a male dominated workplace and society, Annie Christmas became a well-respected keelboat captain on the lower Mississippi. A women with superhuman power and an annihilator of bullies, she was reportedly six feet eight inches tall, and weighed 250 pounds. Just let her hear a man say," I'm the bully of the town!" and he never said it again.  Read more about Annie Christmas... 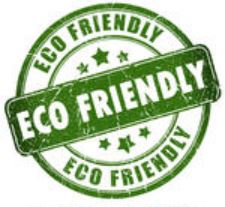 ﻿﻿﻿﻿﻿﻿﻿﻿﻿ About Creole Moon's Conjure Pakets and Ouanga Fetishes
The making of Conjure pakets (pronounced pak-kay) has a complex cosmological history. Conjure pakets were utilized during the plantation days as a means of coping with harsh life conditions, and held the dual function of harming and healing. What we call conjure pakets, mojo bags, tobies, wangas, gris gris - all of these forms of conjure fulfilled a need for maintaining some sense of control in an environment that was out of control. In particular, conjure was used as medicine as much as magic - as slaves were not given the same medical attention  as white folks and certainly weren't treated the same. Thus, the role of rootdoctor was extremely important. Typically, the women knew more of the local herbal medicine than did the white doctors and were often relied upon for  treating the illnesses of their slave owners and their families. Not all root doctors were rootworkers, however. Rootworkers are the two-headed doctors with one foot in the world of spirit and one foot in the world of the physical - and one hand in the healing and the other in the harming. No one can blame them for throwing the wanga at cruel slave owners, fixing up massa's handmade soap, and putting protections in place in a clandestine fashion.

Creole Moon's Conjure Pakets and Ouanga Fetishes are not to be confused with Haitian Vodou Wanga Paquets made by Haitian Houngans and Mambos; although, they evolved to serve similar purposes. The Conjure Pakets and Ouanga Fetishes I make are based on my relationship with the New Orleans Voudou spirits and are consistent with the New Orleans Voodoo tradition. Conjure pakets contain the same magickal talismans that both Madame Laveaux, Mam’zelle Laveau and Doctor Jean Montanee drew and placed into their conjure bags, gris gris and oungas. They combine the magickal powers of colors, herbs, stones, essential oils, rare powders and other magickal items and come complete with instructions.

Conjure Pakets and Wanga Paquets are not designed to be carried on a person; rather, they are kept on the altar as a point of sacred energy or can be kept anywhere in the home as sacred devotional art. Creole Moon Conjure Pakets and Ouanga Fetishes are highly fragrant and smell absolutely divine! When you walk into a room in which one of my Conjure Pakets or Wanga Paquets resides, you will immediately know you have walked into sacred space. Each is a one-of-a-kind sacred creation made especially for the person ordering it and is blessed for the specified purpose.